skip to main | skip to sidebar

Three Birds, One Stone; the gift of Palav Kadu 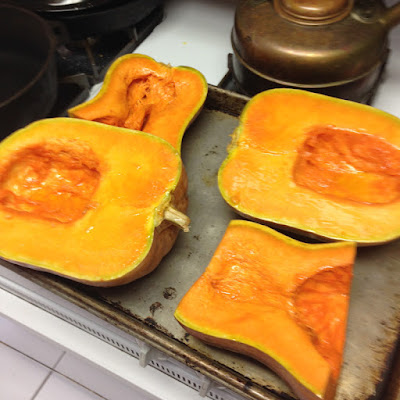 I had so much fun growing my Palav Kadu Squash!  Winter Squash are wonderful because under just a few conditions, you have a bounty stored for the winter time that is both decorative and low maintenance.  Back when I was just getting into canning and preserving I had looked up recipes for canning pumpkin.  I found it wasn't recommended because of squash's low acidity.  You can cube it and freeze it but I try not to rely on the freezer too heavily.  Then I learned how "the old people" did it and now I'm never going back.  Certain breeds of squash can be stored whole and on their own with no processing.  As long as they are cured and dry, I have found I can store winter squash on a wooden chest in my dining room.  My most favorite is Galeux D'Eysines Squash.  I consider it beautiful but the majority would call it ugly.  It is covered in a tight warty looking skin.  I once had one that lasted sitting on that wooden chest from the time I harvested it in the fall until I cooked it in the following March.  I don't know why but I have a feeling that tight warty rind keeps out the elements.  Inside it has golden flesh that is sweet and succulent.

This year, I tried out Palav Kadu and it did not disappoint!  The picture in the ad shows a pale cream colored gourd with a green netting.  As they age, the netting fades and the rind assumes a dark cream color.  As it ages further from this stage, a powdery residue will bloom on it's surface.  One afternoon in late January I noticed that the two I had left looked particularly dull with residue and I decided to pull them before they were too far gone to eat. 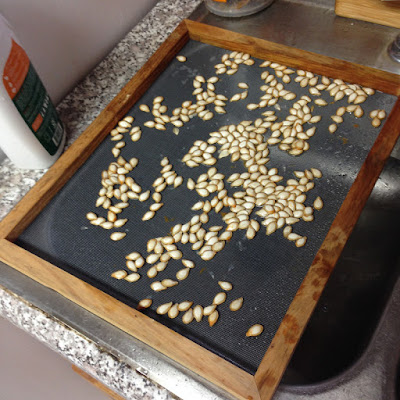 Having them at so late a stage proved to be good for the seeds.  The seeds were ready to come out and they were glossy and fat.  I hope that means there will be lots of little kadus for next summer! 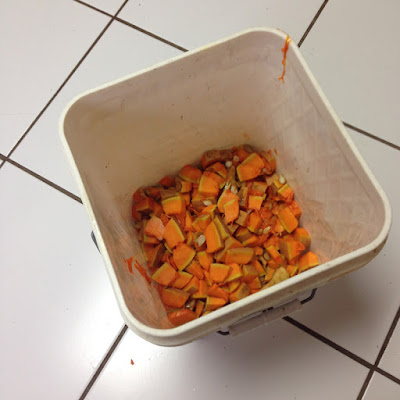 The squash that had the nicest seeds had the thinnest bottom where the seed cavity was.  The seeds had sucked up all the flesh to nourish themselves.  In the top picture the gourds have been brushed in olive oil and are ready for the oven.  The two blunt cut ones are where the thin rinds were.  I decided to cube those up to give to goaties instead. 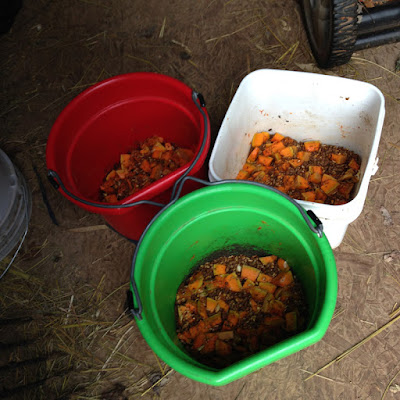 Mixed in with molasses coated grains, they are a treat that you will get trampled for in a heartbeat. 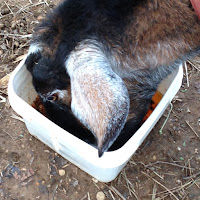 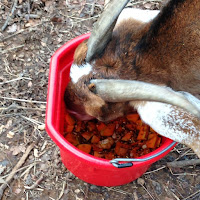 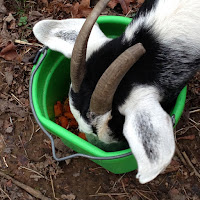 After I cleaned the hoofmarks off my face and back, I came in and made fresh pumpkin soup with bacon and freshly made croutons.  Palav Kadu fed me, my husband, my goats, and with a little luck from those fat little seeds it will feed us all again next year! 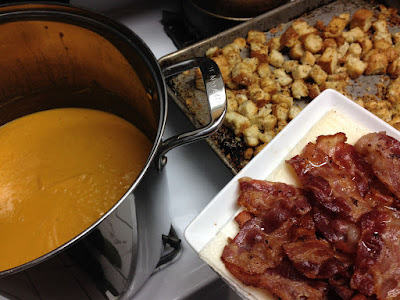 Lana Lambert
Lana Lambert is a resident artist at the Virginia Arts of the Book in Charlottesville, Virginia. She strives to practice her craft, fill her life with abundance of the natural world, and create works that inspire others and relay the inherent beauty in things so that someone else may see it too.